The abduction of Madeleine McCann: Why can't Martin Smith, the star witness, recognize Chistian B?

That Martin Smith does not recognize Christian B does not imply that it was not him. Let me explain.
Martin Smith made the following statement in 2007 to the Portuguese Policía Judiciária: "[H]e was Caucasian, around 175 to 180m in height. He appeared to be about 35/40 years old. He had an average build, a bit on the thin side. His hair was short, in a basic male cut, brown in colour. He cannot state if it was dark or lighter in tone. He did not wear glasses and had no beard or moustache. He did not notice any other relevant details partly due to the fact that the lighting was not very good."
The description does not rule out Christian B, at first.
By the way, the theme of lighting is important. On one of my trips to Praia da Luz, I obtained these two photos a few meters from the place where Martin Smith saw the individual with a girl in his arms. One was taken at daylight, the another at night. The lighting was produced by Low Pressure Sodium (LPS) lights.

The LPS lights mainly emit in two wavelengths:  589.0 and 589.6 nanometers (the wavelength is the constant speed of light divided by the frequency). So what we call “white” in sunlight or under incendescent lights mainly reflects these two frequencies under LPS street lights (see LPS spectrum below).

So it is no surprise that Martin Smith was unable to see "any other relevant details partly due to the fact that the lighting was not very good".
On the other hand, also the statements by Peter and Aoife, from Martin Smith's familiy, do not permit to discard Christian B.
According to the testimony of Peter Smith the individual was Caucasian, from 1.75 to 1.80 meters tall, about 35 years old. He had dark skin due to Sun exposure. Normal complexion, in good physical condition. Short hair, brown color.
The statement made by Aoife Smith shows that the man would be Caucasian, fair skin, and appeared to be about 30 years old. Normal complexion, 1.70 to 1.75 meters tall. Thick hair, light brown, short to the back, and slightly longer on top.
But the most important statement by Martin Smith to my understanding, made in 2007 before the Portuguese Policía Judiciária, is the following. He states that it is not possible for him to recognise the individual in person or by photograph.
However, Martin helped to create an efit in 2008, which for me is totally invalid, given his 2007 statements. 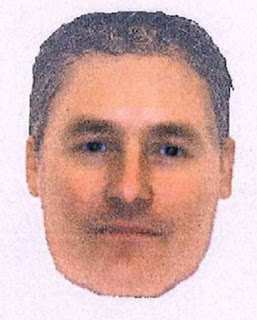