THE ABDUCTION OF MADELEINE MCCANN: MY CONCLUSIONS, DECEMBER 2017 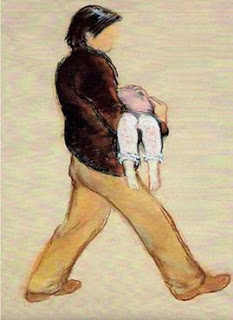 My up to date hyphotesis about Madeleine McCann case:

- The offender opened a window from the outside with the intention to steal values such as money, mobile phones, credit cards, or jewelry, approximately at 21:45/21:50 (there were two burglaries, one week and 17 days before the abduction of Madeleine, respectively, in the same block of apartments, and with the same modus operandi).

- Jane Tanner saw the abductor carrying Madeleine in arms,  close to 5A apartment, approximately at 21:50/21:55.

- The Smith family saw the abductor carrying Madeleine in arms, some 500 meters from 5A apartment, at approximately 22:00/22:05.

- The offender walked between 6 and 10 minutes with Madeleine in arms through the streets. He had no car.

- The abductor lived and/or worked in the area of Praia da Luz. He knew quite well the zone.

- He commited his crime alone, or at most had only an accomplice, being of total confidence.

Meanwhile Scotland Yard Operation Grange officially said in April 2017 that "[i]n 2013 the team identified four individuals  [including J.C. and R.] they declared to be suspects in the case. This led to interviews at a police station in Faro facilitated by the local Policia Judiciária, and the search of a large area of wasteland which is close to Madeleine's apartment in Praia Da Luz. The enquiries did not find any evidence to further implicate the individuals in the disappearance and so they are no longer subject of further investigation" (Mark Rowley).

Portuguese Polícia Judiciária officially said in May 2017: "We never saw or looked at those people [including J.C. and R.] as suspects of the crime" (Pedro do Carmo).

Why two police forces had such a different view on the same subject? While the Portuguese police never considered them suspects, the British police kept them as suspects for more than three years, investing a lot of money in their investigation.

Why J.C. and R. were discarded as suspects?

Were J.C. and R. the "charity collectors" who visited the house of I. and R. at 16:00, asking for money, the very same day of Madeleine abduction? It was at I. and R.'s home, which is very close to Madeleine's apartment 5A.

There remains a lot of questions. For example: was Madeleine McCann carried to this place immediately after been abducted? Was this place searched thoroughly? Who were working at this place on May 3, 2007? 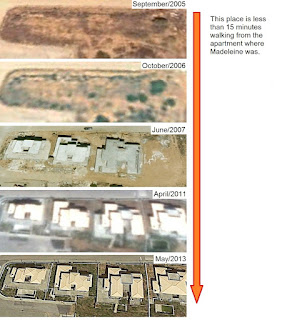