Madeleine McCann police is urged to search house of Christian B. after evidence that the VW white van was there days after the abduction

I have just been told that the police are aware now that the van which is shown in the satellite picture is a Renault which belonged to a neighbour’s friend and was there until August 2007.

If that is truth, then the picture says nothing about Christian B. movements or Madeleine McCann abduction.

I found a NASA satellite photograph taken days after the abduction of Madeleine (in June, 2007). It shows one of the houses where Christian B. lived, and an image totally congruent with the dimensions and colour of the VW Westfalia van that the suspect were using at that time. 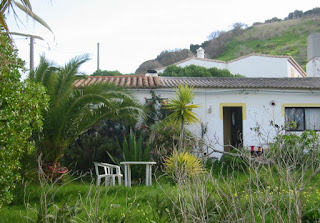 Picture of the house made public by Bundeskriminalamt

I have passed this information to Operation Grange and German Bundeskriminalamt (BKA) yesterday. BKA has showed interest in this evidence.

If Christian B. is involved in Madeleine McCann abduction, as the police appeals and the media suggested, maybe he carried her to that place, and some evidence or her remains were hidden in that location. Will the police search that house and the field around, including the wells?

Here is the screenshot: 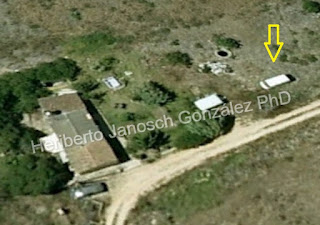